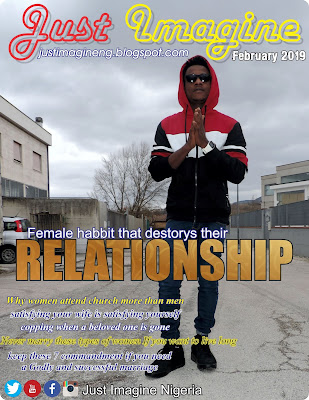 Marriage is a huge commitment. You never want to get sucked into a marriage that is going to end up making you downright unhappy and frustrated with your life. You always have to make sure that before you get married to a fine lady, you should have the mental and emotional faculties that are necessary to really sustain a marriage.
You have to be a mature human being who understands that love and marriage aren’t easy and that a lot of work and commitment really goes into churning out a successful union between two people. But aside from merely building yourself up to be a person who is truly ready for marriage.
You also have to make sure that you choose the right partner to spend the rest of your life with. You can’t afford to not be choosy when selecting your potential mate.
You always have to make sure that the lady you choose is someone who you are compatible with. Remember that you are going to have to share your life with this woman. So a lot of thought and analysis has to go into selecting your wife..
While it can be wrong to automatically dismiss a woman without getting to know them, there are just some kinds of women that you really should veer away from. These are the types of women who will make it incredibly difficult for you to be happy in a marriage.
These are the women who are going to make you want to just put a gun to your head and shoot yourself if you’re not careful. So always be receptive of all kinds of women, but always make sure to stay guarded as well.
You don’t want to end up marrying a woman who is going to corrupt your soul and your whole idea of love. Here are the types of women you should avoid marrying at all costs:-
1. The one who is bitter about everything:
This women is the ultimate negation. She is always upset and being negative about something. She is constantly bringing negative vibes into your life. She’s like a human black cloud always choosing to hover over you making everything gloomy.
2. The one who only thinks about herself:
This is the girl who will never pay you any mind. She is incredibly selfish and she is only ever looking out for herself. She won’t really give a damn about how you feel unless she knows she can get something out of it.
3. The one who is all about material possessions:
She is going to want the most lavish gifts from you. She isn’t going to be interested in your love unless it comes in the form of expensive commercial items. You are going to go broke trying to please her so you have to be careful.
4. The one who is a big flirt:
Her eyes aren’t going to be reserved for you. She is going to keep on scouting for potential targets she can use her moves on. She likes the game of flirting and she likes to play with different kinds of people. You will never feel a sense of security when you’re with her.
5. The one who wants to party every weekend:
At some point, you are both going to have to grow up and say goodbye to the whole club and party scene. So if she’s still the type of girl who wants to go out clubbing every single weekend, then she probably hasn’t matured enough for marriage yet.
6. The one who thinks she’s entitled to everything: She is going to demand the world from you and even if you do manage to give it to her, it’s never going to be enough. She is the type of girl who thinks she doesn’t have to work hard for the things that she wants. She believes that everything should be served to her on a silver platter.
7. The one who can’t stand not being the center of attention:
She is never going to allow you to shine. She will be jealous of whatever success you are going to get. She wants all eyes to be on her at all times.
8. The one who can’t stop gossiping:
She is going to be all about the drama. And eventually, drama is going to end up poisoning a relationship. When you get older, you are going to want to limit the drama as much as possible. So if your wife is a constant source of drama, then that’s something that you should be worried about.
9. The one who is afraid of commitment:
Of course you need a wife who is going to commit to you. Commitment is key in actually making a marriage work and so you always need to make sure that your girl is ready to really work things out with you for the long haul.