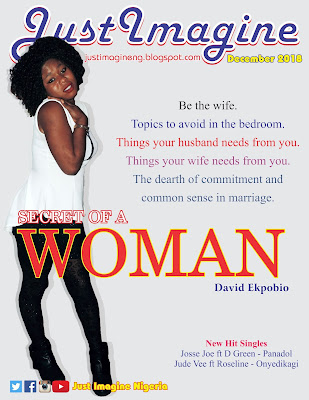 Don’t be the wife that stands by her husband in time of problems, rather be that wife that gets him out of problems, you are standing by him in solidarity when you can kneel and do the needful?
The Praying Wife
He called you and said, ‘Honey, I just lost the 1billion contract that we invested our all into’.
Don’t start shouting; ‘What?
How manage? What happened?
Oh my God!’
Just tell him; it’s well darling, it’s well, let me find the lost contract for you. Just end the call, and go on your knees, get the contract back for him!
#The Praying Wife
.
You want to marry a Pastor?
Don’t wait until scandal has eaten him up before standing by him, stay at the gate! No Jezebel should get your king!
#The Praying Queen
After 1 year of marriage, nothing changed positively in your home? Then retreat, get on your knees, as a wife, you are a good thing and whoever finds you walked into favor with God.
#The Wailing Wife
Deborah was not just a wife, she was a Prophetess, a Judge and a Warrior. Warriors On Heels
Even if you married an idiot in your ignorance, don’t die lamenting, get on your knees, restore his head to the default factory settings.
You can’t be wrong twice!
the Wailing Wife
It is good to package yourself so that he won’t cheat. It is also good to cook well so that he won’t look outside. It is ‘better’ to be submissive so that he adores you, but it is ‘best’ to kneel on his behalf until he can’t get an erection even if he’s been raped.
As a wife, slay in the kitchen,
Slay in the bedroom,
Slay in your dress sense,
Slay in your intelligence,
But slay more on your knees.
Be your husband’s prayer alarm.
Until your son says; I want a wife like my mother, you didn’t get it right as a mother!
#The Virtuous Wife
No matter how romantic you are, if you are not romantic in the place of prayer, get ready for rheumatism.
Get on your knees
Woman, you are not just a Wife and a Mother, you are also a Minister! Let your lips be painted with prayer beyond the lipstick. If you know the power of praying the Word, you will keep your territory under intense heat. Be your husband’s retreat center.
And Husband, love, honor and cherish your wife the more.