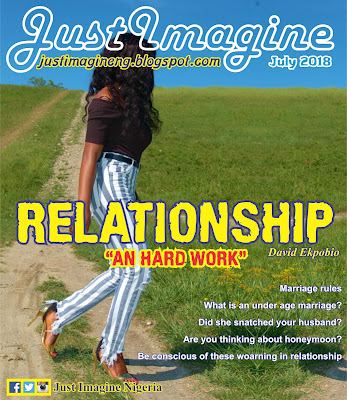 In addressing the believe and philosophy that many people have, when they see two young people in relationship and getting married in their earlier 20s, or late teen of 18/20. You hear them say they are too small to date, too young to be in relationship. A girl or lady of Under 23 are not under age at all for dating and marriage, most girls nowadays finish secondary at age 15 and 16 years, and already in high institution at age 16, by the age of 19 years or 20 years they are already a graduate. If fortune smiles on them early, they are already working straight from University, that’s if their parents are connected. Most of our mothers, in the past got married at a young age of between 16-18yrs because to them it is the rightful ripe age for marriage. Your believe system for when or what age should a lady be in relationship is totally wrong if you think a lady/girl of 16 to 18 years isn’t matured for relationship and marriage.
In many countries 16 year is very okay to marry, with the believe that “the virgin’s hymen will break easily without much pain for a virgin during intercourse during honey moon. But the older a lady is and still a virgin the virgin’s hymen becomes harder”, that was their believe for marrying early during 70s. And it is still in practice today. I just learnt in a member’s comment that in Ghana, a girl of 9years is ripe for marriage, oh! I don’t support such barbaric practices. Our own northerners also practice that in # Naija and serious legislature is on-going against it here in Nigeria, because of what those little girls suffers during child birth and post-childbirth trauma. So therefore from 18 years to 22years as a girl is not a girl but a lady and free to date, enter relationship and marry, 18 years is United Nation acceptable year of adulthood for but male and female.
The ambiguity surrounding the age allowed to date, be in relationship with opposite sex and marriage thing, differs from one country to another, from culture to culture and traditions, and religion, and beliefs. Every country have their laws and constitutions for what age is allowed for marriage, even states within countries do have theirs, and whatever your believe can’t change it. Neither will the guys/men dating/marrying girls from the age of 18 committing any crime. My own opinion is that I think a 16 year old mind and intellect isn’t properly formed to absorb the pressures of marriage nor dating. But, most girls at 16 year are already matured if they have been properly groomed by their mothers, in preparation for adulthood and are exposed to books. Let us not abuse our youth’s mind into crimes and illicit sex.