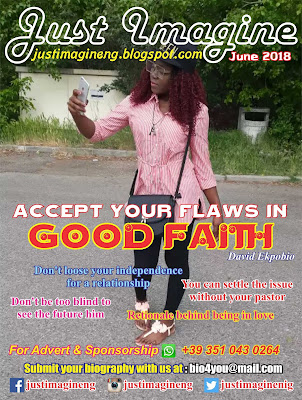 Every unmarried person should read this. When Nathanial Bassey wedded his wife, her friends discouraged her, they said she shouldn’t settle for that small boy that says he’s a musician, she still held unto him. Bishop Oyedepo met his wife in a motor park. She was a university student, while he was a polytechnic student (Remember the discrimination between these institutions). She could have snubbed him, but she responded.

His friends complained that he was carrying Christianity too zealously as if he was the only Christian, yet she was never discouraged. Just before he married her, he told her that God has sent him to liberate the world, (while he was still hopping between small jobs) and even went on to resign his job, his elder brother lambasted him, yet she still stuck to him.
He told her they would build a 50,000 capacity tent and preach the gospel from private jets, she still believed her dream lover. He was too ‘buoyant that he couldn’t afford a hotel room on his wedding eve, he slept in his Rickety Volkswagen beetle, she still married him.
When she just had their first baby, there was no food or money at home, and he refused to ask or take from the church money, and they were eating/drinking ‘Cerelac’ baby food’ for three days, yet she still believed in him..
I can keep counting and counting.
But today Nathaniel Bassey’s music isn’t just Nigerian, but he has created a difference globally in Gospel music. Bishop Oyedepo is the richest pastor in the world, with millions of followers, chancellor of the leading private university in Nigeria and many more of his achievements…
Ladies, The great man; that your dream man might not be already made. He might still be that street guy around you. Don’t reject a man because he doesn’t have money. Reject a man because he doesn’t have a vision. A broken visioned man today, is assured of a glorious future. A man with a vision never ends up broke.
Help a man become, be part of the process. Stop seeking comfort all the time. A lot of ladies give up on great men because they’re blind to see the future. They are blind to see that he’s like gold passing through the furnace, to shine very soon. As for men. Hold unto to dreams, you’ll achieve it. Just put God first, and don’t compromise your dreams to please a woman. If you’re not accepted for the little you have, she’s not the one for you.
A real women will believe in your vision, she’ll endure hard times with you because she has a glimpse of your glorious future.
Be inspired.